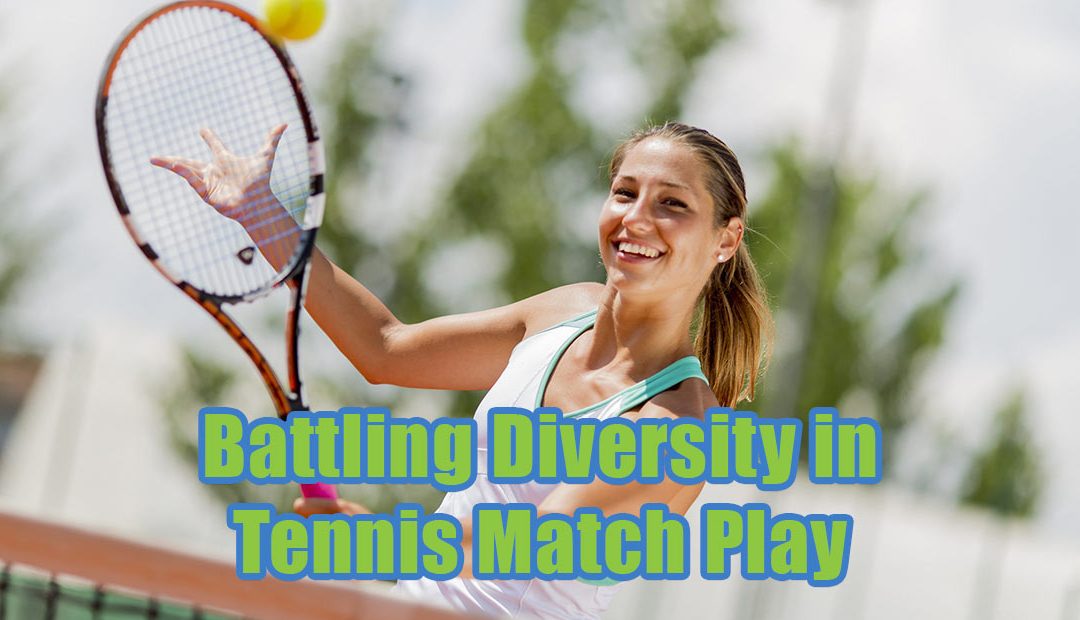 In any tennis match players undoubtedly face adversity, in a tournament that adversity is compounded. I recently played the 40 and over clay court national championships along with several other players from the Seattle area. It was a great showing for PNW players coming from the clean vacuum of cool indoor tennis to compete in the hot, humid, outdoor, clay court conditions. Alan shined brightly, winning the mixed doubles silver ball and reaching the back draw finals for singles, both in the 45 and over divisions. Josh had a good tournament having the toughest set the 1 seed faced the entire tournament and reaching the back draw finals for singles in the 40 and over division. Jeven played 10 singles matches in 4 days reaching the quarter finals in both singles divisions, 40’s and 45’s. John also reached the back draw quarter finals.

We are going to focus on the 5 biggest adversities for Josh during this tournament. Please note that the wind (strong swirling wind), sun, and condition of the courts are not included. They are conditions that can not be changed, there is no sense in focusing on them.

Adversity 1 – Playing against the 8 seed in the round of 16. Josh had a commanding lead at 6-1, 5-2; serving for the second set at 5-2, 5-4, and 6-5 he lost in the tiebreaker. The change creating this adversity was the opponent started hitting bigger and heavier ground strokes to battle back. In the 3rd set with Josh serving at 2-2, Josh hit a let serve. The opponent slapped a forehand winner and tried to take the point. It’s very important to note that anybody can call a let and the let stands, it did take an officials help to make the ruling to move the match along. Josh regained focus and closed out the third set 6-3.

Adversity 2 – Josh was playing against the 1 seed in the quarter finals. After losing the first set quickly, 1-6 Josh settled into the second set, holding serve to be up 3-2. In the sixth game Josh gained a 40-0 lead for triple break point. Unfortunately the 1 seed battled back to hold a long service game keeping the set on serve, more unfortunately he went on to break Josh in the seventh game. The rest of the match both players held serve to finish the set 4-6.

Adversity 3 – In the back draw semi finals Josh was playing the 9 seed. The first set was decided by an early break for Josh to win 6-4. At 3-3 in the second set Josh was up 40-15 to have two break points on the 9 seed. Unfortunately the 9 seed battle back to hold a long service game, again more unfortunately he went on the break Josh to take a 5-3 and close out the set 6-3. In the third set tiebreaker the 9 seed took the early lead and was up 7-4. Josh was able to battle back to take the tiebreaker 11-9 to move onto the back draw finals.

Adversity 4 – In the back draw semi finals Josh was playing the 7 seed. The first set the 7 seed went up big early to lead 4-0. A change in tactics, using shorter slice shots to force tougher contacts provided fruitful; Josh won the first set 7-5. The second set started out exactly as the first somehow, the 9 seed went up to a 4-0 lead. Again Josh came back to tie the set 4-4, unfortunately losing the set 4-6. In the third set tiebreaker the 9 seed took an early lead of 4-1, skipping ahead to 8-2 and closing out the tiebreaker 10-4.

Finishing the tournament with an adversity record of 2-2, those 2 losses sting a bit. Who knows what would have happened pushing the 1 seed to a third set. That play is a former top 200 in the world player that was just coming back to tournaments, on paper it shouldn’t have been close but it was close to coming close. The loss to the 7 seed was a bigger disappointment with the feeling of this was a match that was much more in Josh’s control despite the slow start in both sets.

Reviewing the adversities and the results of the tournament a couple of key components stick out in preparing for the 35 and over hard court nationals in 2 weeks.

Training focus for the next 2 weeks to prepare for the upcoming tournament.