15 Best Tennis Movies of All Time 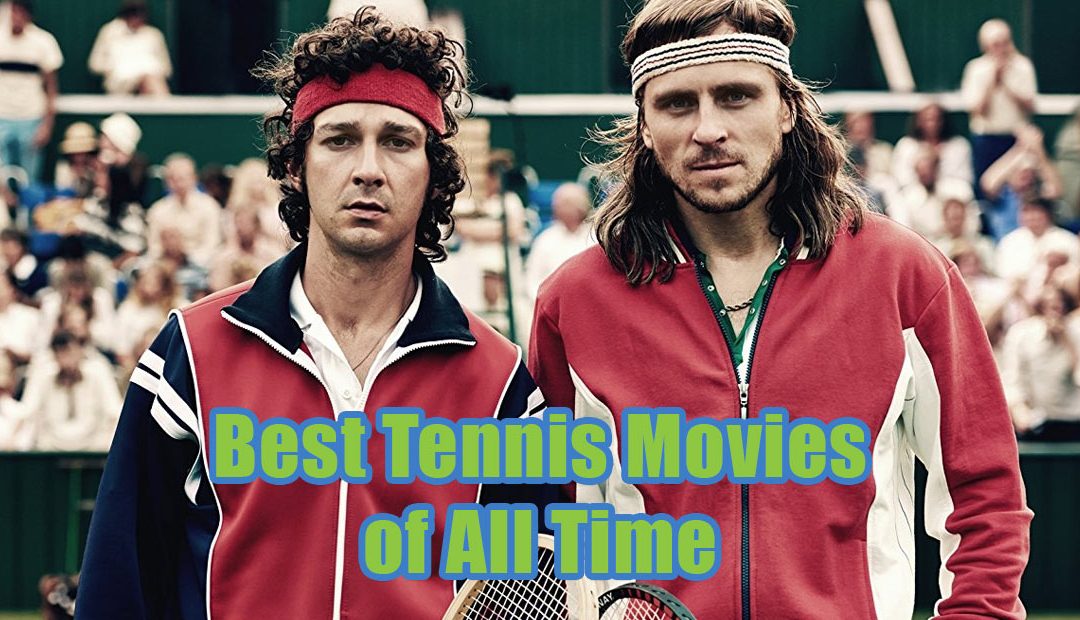 Love playing tennis and watching movies? If so, this post is made for you! Below we feature 15 of the most popular tennis-themed movies of all-time. Enjoy!

Wimbledon is a romantic comedy film from 2004. It stars Paul Bettany as Peter Colt, a struggling British tennis player who receives a wild card entry into the Wimbledon tournament despite being ranked 119th in the world. There, he meets and falls in love with an American player named Lizzie Bradbury (Kirsten Dunst), who is ranked first in the world.

The film follows their relationship as Peter advances through the tournament, encountering a variety of challenges and rivalries along the way.

The Talented Mr. Ripley is a 1999 psychological thriller film. It stars Matt Damon as Tom Ripley, a young man hired by a wealthy shipping magnate to travel to Italy and persuade his errant son, Dickie Greenleaf (played by Jude Law), to return home.

As Tom becomes more involved in Dickie’s life, he becomes envious of his carefree lifestyle and begins to impersonate him, eventually leading to murder and deception.

The film delves into themes such as identity, sexuality, and moral ambiguity. Tennis is mentioned in the film as a pastime that the characters enjoy.

Match Point is a 2005 psychological thriller film. Woody Allen wrote and directed the film, which stars Jonathan Rhys Meyers as Chris Wilton, a former tennis pro who falls in love with a wealthy family and embarks on a series of affairs and manipulations to improve his social standing.

Tennis serves as a backdrop to the characters’ lives as the film explores themes of ambition, morality, and chance.

Steve is a college freshman who plays tennis for the school. But he falls desperately in love with Shelly, also a tennis player. It’s all downhill from there.

Steve can’t eat, he can’t sleep, his grades drop, and he gets kicked off the tennis team.

What can he do? Well, his resourceful friend suggests turning Steve into a woman in order to get him close to Shelly who doesn’t know he is alive.

Joel, a bookie’s “head case” son who wants to play professionally, accepts Nick Irons’ offer to coach him. Nick Irons is a depressed and impoverished tennis pro who was kicked off the tour after hitting a player during a TV match.

The bookmaker hires Nick to discourage his son because he wants him to stop playing tennis. Nick starts out doing that, but after a run-in with his ex-girlfriend Jennifer and witnessing the youngster’s tenacity, he decides to teach him all the physical and psychological trade secrets.

While Nick tries to win his love back, the two battle famous coach’s kids, unfair referees, injuries, travel throughout the southern US, and finally make it to the big championship tennis match where everything is dramatically resolved.

Break Point is a 2014 comedy film that was released. It stars Jeremy Sisto and David Walton as two estranged brothers who band together to form a doubles tennis team to save their family’s tennis camp.

The film follows them as they compete in various tournaments and deal with personal issues, culminating in a final showdown with their former doubles partner.

The film delves into themes such as family, friendship, and second chances.

Borg vs. McEnroe is a 2017 sports drama film. It stars Sverrir Gudnason as the legendary Swedish tennis player Björn Borg and Shia LaBeouf as his American rival John McEnroe.

The film takes place during the 1980 Wimbledon tournament and explores the two players’ intense rivalry, as well as their personal lives and struggles.

7 Days in Hell is a 2015 sports mockumentary film. It stars Andy Samberg and Kit Harington as Aaron Williams and Charles Poole, two professional tennis players who compete in a legendary and grueling seven-day match at Wimbledon.

The documentary-style film features a number of comedic interviews with real and fictional tennis players and personalities.

It delves into themes such as determination, obsession, and rivalry.

Thomas (Cesar-winning Alex Lutz), who was once dubbed a young professional tennis prodigy, never had the career he had hoped for. Despite his deteriorating physical condition and broken knee, he makes the decision to compete in the French Open at Rolland Garros at the age of 37.

Although his mother Judith (Oscar-nominee Kirstin Scott Thomas) and wife Eve (Ana Girardot) counsel him to give up on his improbable goal, Thomas relentlessly persists.

To qualify for the tournament, he will have to battle his own demons as well as the fierce competition of the qualifying rounds. There, he will eventually face a young tennis prodigy who unsettlingly resembles a younger version of himself.

The Royal Tenenbaums is a comedy-drama film that was released in 2001. Wes Anderson directed the film, which stars Gene Hackman, Anjelica Huston, and Ben Stiller as members of the eccentric and dysfunctional Tenenbaum family.

The film follows their various misadventures as they reunite after their father, Royal (played by Hackman), announces that he is terminally ill.

Tennis is mentioned in the film as a pastime enjoyed by some of the characters.

Unemployed real estate agent Madi Cooke (Kat Foster), who was booted from a popular reality show in disgrace, joins forces with a group of outcast tennis players to compete in a life-or-death match against Bobbi Mason (Georgia King).

Bobbi is an overachieving, tightly wound real estate shark, and her tennis-playing minions.

The winner takes all.

The Matchmaker is a romantic comedy film from 1997. Marcy Tizard, a political aide sent to a small Irish town to help a candidate win an election, is played by Janeane Garofalo. While there, she meets and falls in love with Dermot (David O’Hara), a tennis coach at the town’s tennis club.

Marcy struggles to balance her professional obligations with her growing feelings for Dermot in the film, which follows their relationship. It delves into themes such as love, honesty, and self-discovery.

Tennis is featured in the film as a backdrop to the lives of the characters.

King Richard, a biographical sports drama film, will be released in 2021. Will Smith plays Richard Williams, the father of tennis prodigies Venus and Serena Williams.

The film follows Williams as he navigates the difficulties of raising his daughters in Compton, California, and assists them in becoming some of the greatest tennis players in history.

The film delves into themes such as fatherhood, perseverance, and the pursuit of excellence. Tennis is prominently featured in the film as the sport that propels the characters’ lives and careers.

Players is a sports drama film from 1979. It stars Ali MacGraw and Dean-Paul Martin as Karen and Bobby, two young tennis players who fall in love and must navigate the challenges of their new careers and relationship.

The movie follows them as they compete in tournaments, deal with injuries and rivalry, and deal with the pressures of fame and success. It delves into themes such as passion, commitment, and sacrifice.

Tennis is a prominent theme in the film, serving as the central focus of the characters’ lives and careers.

Tennis will be on the big screen in 2021. We started with “King Richard.” The new documentary “Citizen Ashe,” directed by Rex Miller and Sam Pollard, is now available. There are some similarities between these releases.

Both films focus on Black achievement in a sport that, as one commentator points out, “was so white that even the balls and the uniforms were white.” Richard Williams and Arthur Ashe were forced to practice on local courts and encountered difficulties when attempting to use or compete in Whites-only arenas.

When Williams decided to direct his superstar daughters toward tennis, he may have had Ashe in mind.

Surprisingly, both films have a societal position in their titles that describes how their subjects will be pitched to the audience; this is a much more grounded portrayal befitting a “citizen” who just happens to be tennis royalty.