Coming Back to Competition 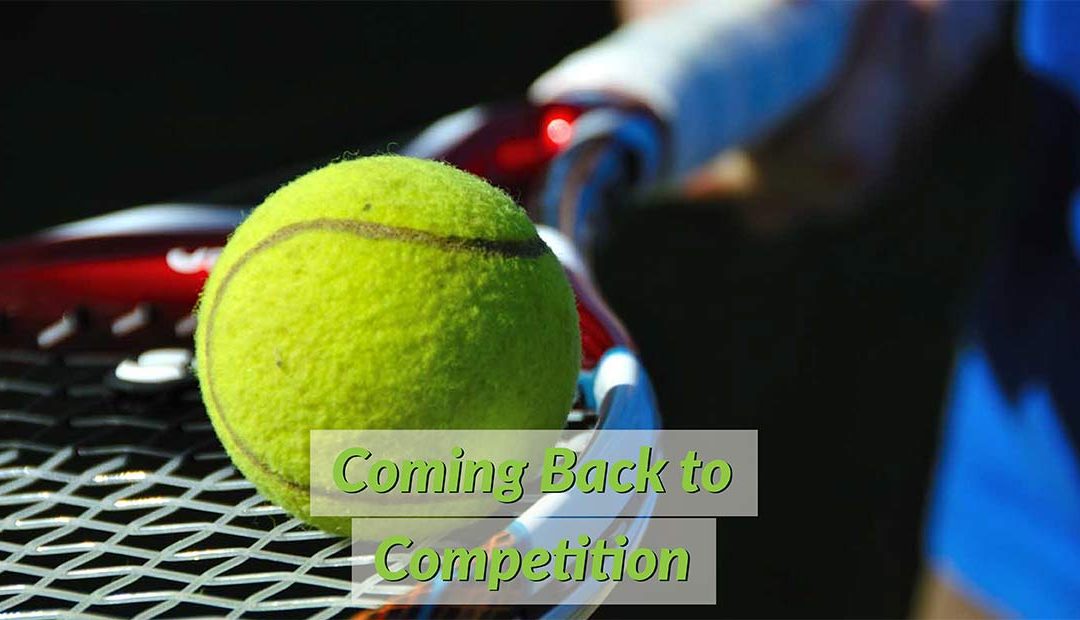 The last big tournaments I competed in were November 2019 in FL, which was clay court nationals for 35s followed by 10.0 mixed nationals. Overall it was a successful two weeks and an exciting end to the year.

Fast forward through a pandemic and 15 months of not competing to April 2021 in AZ, 35’s hard court nationals. Now while this time off was beneficial from a planning and game development perspective, as I was able to redevelop my forehand adjusting overall technique and movement, and work on some fitness and flexibility, I was quickly reminded that those things were not the same as actual competition.

In Arizona, things immediately started on the wrong foot. Within the first hitting session, a freshly strung racket broke in the first 5 minutes of hitting while the other 2 were being strung. As my hitting partner handed me one of their rackets, he said, ‘must be an olman’. Well he was right. It was a weird feeling getting back to the win-or-go-home mentality, and being able to be sharp the moment I stepped out onto the court. What used to be routine shots no longer felt routine, the habitual patterns on important points were foggy, and what was once comfortable had become incredibly challenging.

In the first round I was quickly up 3-0 in the first set, only to lose focus and found myself in a tough tiebreaker to pull out the set. In another match something similar happened where I had dropped only one point in the first 3 games, only to find myself serving 3-5 to stay in the set. The realization of not being tournament tough set in quickly.

What does a tournament tough player look like? In my eyes, it’s a player who’s solid all the way around. They will play anyone, anywhere, at anytime. Although they may have preferences of playing styles they compete against, or balls they use, or court surfaces they play on, at the end of the day they understand that their job is to figure out how to best defeat their opponent given the tools that they have that day and those other factors become background noise in the face of their goal. It’s also a player who will feel the pressures that are a natural part of playing, but who are accustomed to dealing with it because they have the knowledge that they have dealt and overcome it time and time again.

In my opinion, the best way to get better at competing is really to do just that: to compete. From past experience, I’ve had the most tournament successes when playing 45 – 50 competitive sets a month. Here it’s important to distinguish the meaning of competitive sets. The relative strength of your opponent matters less than your mental intensity. If you find yourself in different places mentally based on who you’re playing, then how can you possibly create a reliable mindset when the pressure is even higher? It doesn’t matter who you play, rather how you play. .

Another important note is that with many tournaments scheduling multiple matches a day, there is a big emphasis on fitness. Unfortunately most people often forget half of an effective fitness routine, which is recovery and bettering range of motion. Long, flexible muscles allow for easier and more efficient movement and lessens the likelihood of injury. My own workout ratio comes out to 3 hours of tennis or fitness training to 1 hour of recovery. On court work is important, but things like eating properly, hydrating properly, stretching, and mental recovery is hugely important to being able to compete seriously long-term.

For fitness things I’ve felt a little softer after this year; rarely leaving the house, getting grocery and take out deliveries. A long ways away from the caveman days of chasing food with sticks. Becoming tournament fit requires going through a little good pain to rebuild workout tolerance. There are several different platforms to utilize in working out, pick what challenges you and be consistent with it. Be careful of over training, ramping up too fast too quickly can be counter productive. It doesn’t matter what anybody else is doing, it’s about what you can do today and your growth for the next day. Results will come over time with consistency.

There are a lot of tournaments coming up quick with summer almost here. Play your competitive sets and remember your recovery on your journey regain, being a tournament player means, anybody, anywhere, anytime.