Hitting With Purpose to Improve Your Tennis Game 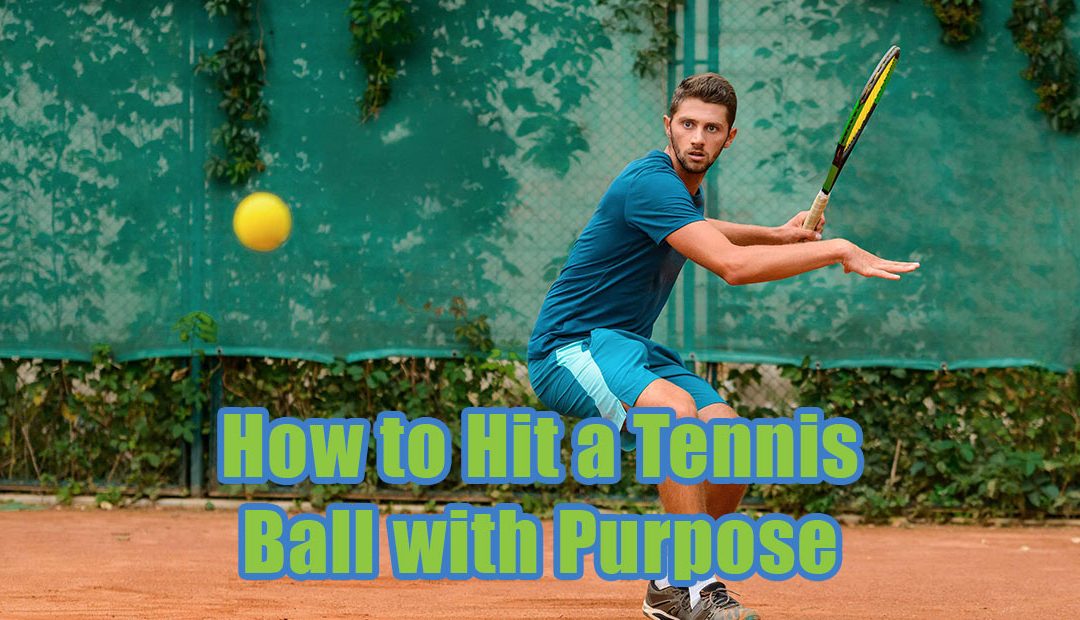 The most basic tactic in tennis is to get the ball over the net and in the court 1 more time than your opponent every point. By definition you will win every point you can execute this tactic properly. The highest percentage groundstroke in tennis is cross court and for good reason; the net is 6 inches lower, the court is more than 5 feet longer, and the flight path of the ball is traveling away from your opponent.

Reason #2 to hit down the line is to change the direction of the rally. If you are in a cross court backhand rally and would prefer to be in a cross court forehand rally, hitting down the line can create the rally pattern you are interested in. The most advantageous way to use this tactic is during a forehand rally, hitting your forehand down the line to recover 4-5 feet left of the hash mark (for right handed players, the opposite for left handed players) to look for inside out forehands. This is especially effective when playing someone that has the same hand dominance as you have, that way it is your inside out forehand to their backhand. In changing direction in this way it is important to hit the ball 15 – 18 feet over the net with topspin, this limits the risk of the shot and creates enough time to recover in a position to hit inside out forehands. Ideally you will be standing behind the baseline and inside the doubles sideline when executing this shot.

Reason #3 to hit down the line is to hit a winner. If your opponent is pulled off the court or they are not recovering back effectively, hitting down the line can be a wise decision. In changing direction this way it is best to drive the ball 2 feet about the net with topspin targeting deep in the court or with underspin targeting the service line. Ideally you are positioned within 2 feet of the baseline and inside the singles sideline when executing this shot. For more advanced players watch your opponents balance and speed chasing down your shot. If they look unbalanced or like they will struggle keeping the ball in play it is best to follow your shot in. This isn’t an approach shot as much as it is a situational approach.

In knowing the 4 reasons to choose to hit down the line it’s possible to hit with purpose and create the ideal response.