How Many Grand Slam Tennis Tournaments Are There? 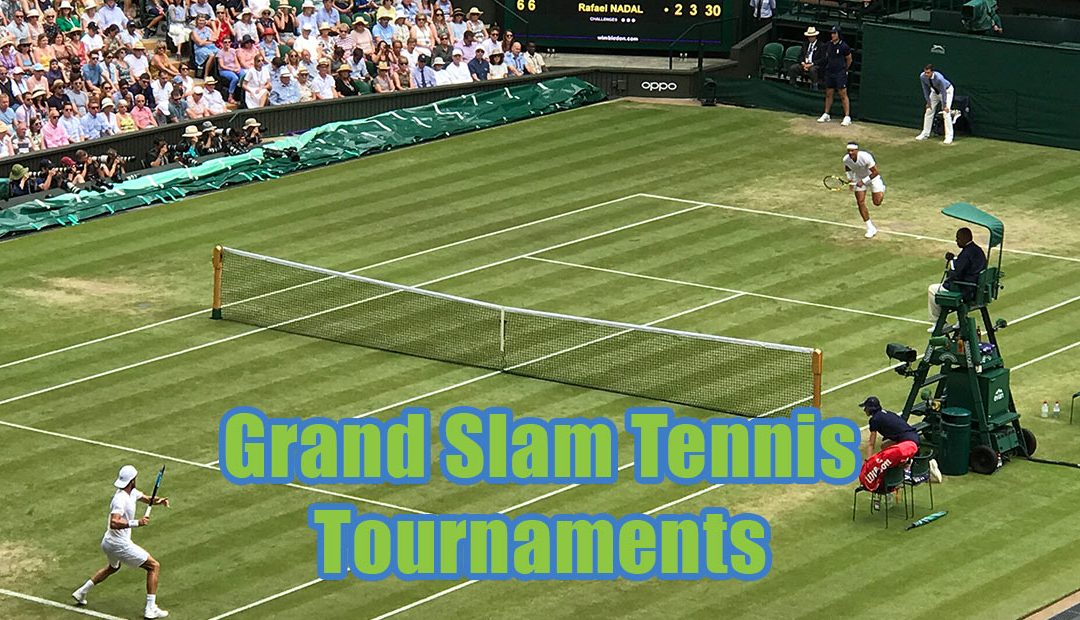 There are officially four grand slam tennis tournaments held annually – the Australian Open, the French Open, Wimbledon, and the U.S. Open. These four tennis tournaments are considered to be the most significant and on a global scale are known as the Grand Slam tournaments, aka the majors.

The majors provide the highest player ranking points, prize money, and media attention. They also demonstrate the toughest field of competition, largest number of competitors, and the longest matches for men’s events.

The International Tennis Federation (ITF) is in charge of the competitions rather than the separate men’s and women’s tour organizing bodies, the Association of Tennis Professionals (ATP) and the Women’s Tennis Association (WTA), but both organizations award ranking points to players based on their performances in the competitions they enter.

When Do the Tennis Grand Slams Take Place?

Each of these four tournaments is contested over the course of two weeks.

How Do Grand Slam Tournaments Differ?

Which Major Tennis Tourney Was the First?

The first tournament to be held was Wimbledon in 1877, which was followed by the U.S. Open in 1881, the French Open in 1891, and the Australian Open in 1905. However, it wasn’t until 1925 that all four tournaments were held as officially sanctioned majors.

What is a “Grand Slam” in Tennis?

The feat of winning all four tennis major championships in either singles or doubles within the same calendar year is referred to as a “Grand Slam,” while sometimes a “Calendar-Year Grand Slam” or simply “Calendar Slam.”

A Grand Slam can be clutched in doubles by either a team working together to do so or by an individual player doing it with a variety of different teammates.

A “Non-Calendar-Year Grand Slam” is achieved when an individual is successful in winning all four major championships in rapid succession but not during the same calendar year.

A “Career Grand Slam” is achieved when a player is successful in winning all four majors at any time throughout their career.

Here’s some information in regard to the grand slam venues.

The Australian Open, as mentioned, is the first of the four annual Grand Slam events and is held at the National Tennis Centre at Melbourne Park in the city of Melbourne. It is considered to be one of the most important tennis championships in the world.

The inaugural tournament for men was conducted in 1905 and the first event for women was held in 1922. Both tournaments were started by the Lawn Tennis Association of Australasia.

Up until 1988, the event took place on the hard courts at Flinders Park in Melbourne, Sydney, Brisbane, and Adelaide on a rotating basis. In 1988, the tournament moved to its current location in Melbourne Park, which had previously been known as Flinders Park.

Although Australians often dominated the game of tennis globally, the Australian event for many years suffered from the unwillingness of abroad players to travel the considerable distance to participate. This issue was mostly solved with the introduction of jet travel, however.

The French Open, also known as the French Championships and officially known in French as the Championnats Internationaux de France de Tennis, is a tennis tournament held annually in France.

In 1891, the Stade Francais played host to the first-ever French national championships, which were organized in the form of a men’s interclub tournament.

1897 was the year that tournament competition expanded to include women’s singles matches.

In 1925, the same year that the championships were offered to players from countries other than France, women’s doubles competitions were introduced.

In 1968, the competition welcomed both professional and amateur competitors for the first time. This was a trend that was followed by a number of the most prestigious championships.

Clay courts were installed at the Stade Roland-Garros in 1928, when the tournament was transferred there.

The All-England Championships, more often referred to as the Wimbledon Championships, are a series of prestigious tennis competitions that are held annually in London at Wimbledon.

Wimbledon is the only one of the four annual Grand Slam events that is still played on natural grass.

The inaugural Wimbledon championship was played on one of the croquet grounds of the All England Croquet and Lawn Tennis Club in 1877.

In 1884 a women’s championship was inaugurated at Wimbledon, and the national men’s doubles was relocated there from Oxford.

1913 was the first year that women’s doubles and mixed doubles were played.

The need for all competitors at Wimbledon to wear white attire stems from a tradition that stretches back to the Victorian era. At that time, sweating was seen as unseemly, and thus white clothing was mandated in order to conceal as much perspiration as possible.

The U.S. Open Tennis Championships, more often referred to as simply the U.S. Open, is a highly coveted international tennis tournament that serves as the fourth and final leg of the sport’s annual Grand Slam.

Which Grand Slam Event in Tennis is Most Popular?

Depending on who you ask, you are certain to get a different answer to this question. But to help get some data to move towards electing one of the majors over the other three, Forbes did some research:

Prize money (in U.S. dollars, for both men and women):

Media hits (based on a Factiva survey):