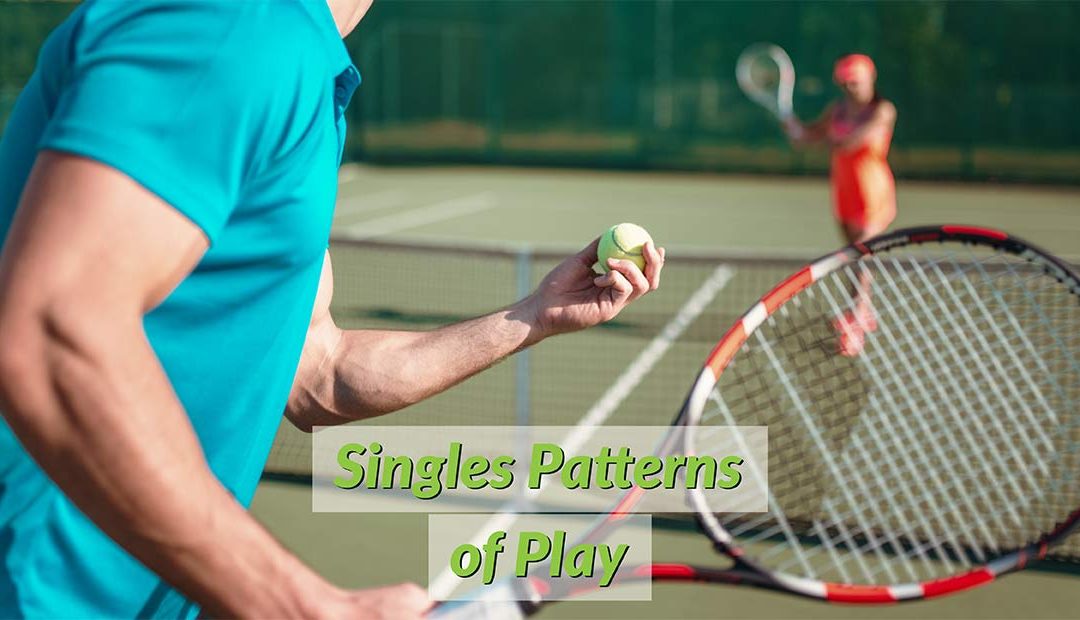 The patterns of play can be broken into different categories; control, hurt, and finish. Controlling your opponent is most efficiently accomplished with spin and depth. These patterns require little risk, hitting to big targets with spin, fun patterns include; 2,2,3 or 3,3,2. It is important to remember to hit high over the net to ensure depth with top spin pushing your opponent back. When hitting down the line with your forehand over recovering to create opportunities to utilize an inside out forehand.

Hurting your opponent is typically when your opponent makes the mistake of leaving the ball in the middle of the court or a little bit shorter, just not short enough for an approach shot. These patterns require a little more aggression to continue hurting your opponent. Jim Currier’s favorite pattern for hurting opponents was to use his inside out forehand progressively hitting a little shorter and wider every shot. This pattern pulls your opponent off the court while they continue to work hard recovering fearing the inside in forehand as an attacking shot. It’s important to note the more you go back to the inside out forehand the harder it is for your opponent to effectively cover the court. Changing directions often burns an opponent’s legs out much quicker than running sideline to sideline.

Finishing your opponent is typically when your opponent leaves the ball short enough for an approach shot or high enough in the middle of the court for you to take the ball comfortably at the perfect contact point. These patterns are typically no more than 3 shots in length because the point will be over. The most common is an aggressive forehand to a corner followed by a volley or overhead. These shots are power level 3, it is important to go after your target aggressively. While missing a shot here is less than ideal, focusing on creating the opportunity and going after your shots will help build confidence as you grow this part of your game.