Tennis Scenario: Is This a Legal Shot? 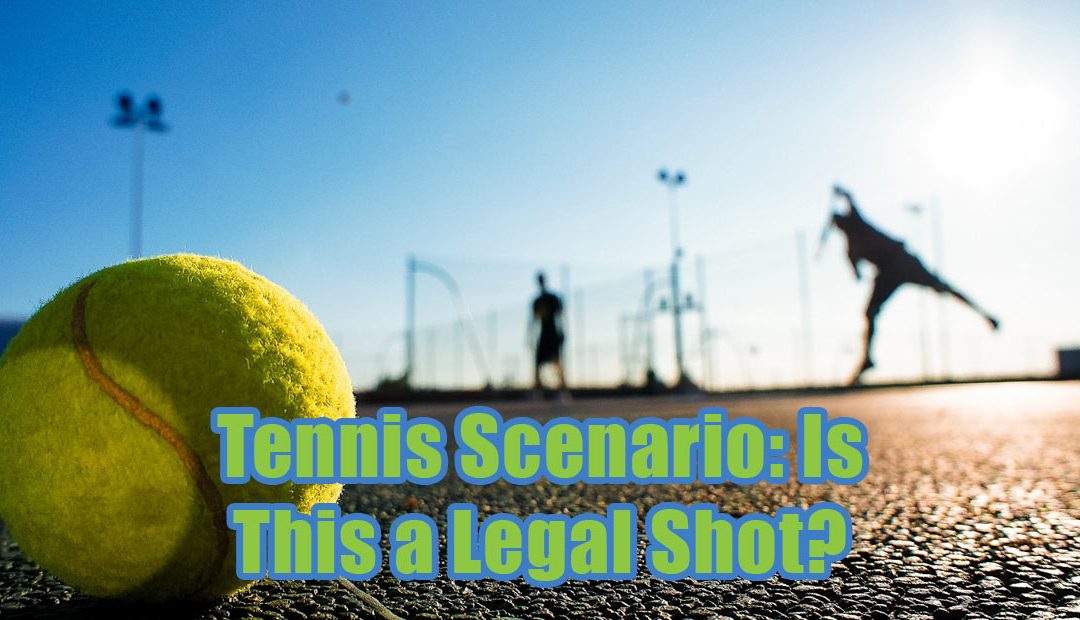 Imagine your opponent is serving to you on your match point. After rallying for a few shots you hit a difficult ball to the back of their court forcing them to hit off balance and in a strange position. Due to their position and footing the opponent clearly frames their shot. While still getting over to your side you can see that the ball has an enormous amount of backspin on it due to the framing of the shot. You run to where the ball is bouncing, short and to one side of the court, and watch as the ball bounces in bounds and starts to travel back to your opponent’s side due to the backspin. Recognizing this you continue running, going around the net post so that you are technically on the opponent’s side of the net. While there you hit the ball, which has traveled to the opponent’s side with you off the backspin, and hit the ball into their side of the net. As you celebrate the won match your opponent confronts you about the point; telling you that “You cannot hit a ball that is not on your side of the net.” Is she right in this case? Who really should have won that point?

Well the rules state that you or your racket may cross over the net in order to hit a ball, as long as the ball has already crossed the plane of the net. If, in this scenario, you would have made contact before the ball crossed the plane onto your side then you would have lost the point. Another thing that you must watch out for in this scenario is where you are located when you leave your side of the court. Rules state that you may cross over the plane of the net as long as you do not step into your opponent’s court. This means that for singles matches you may step in your opponent’s ally but in doubles you must be outside the entire playable area.