The History of Tennis at the Olympic Games 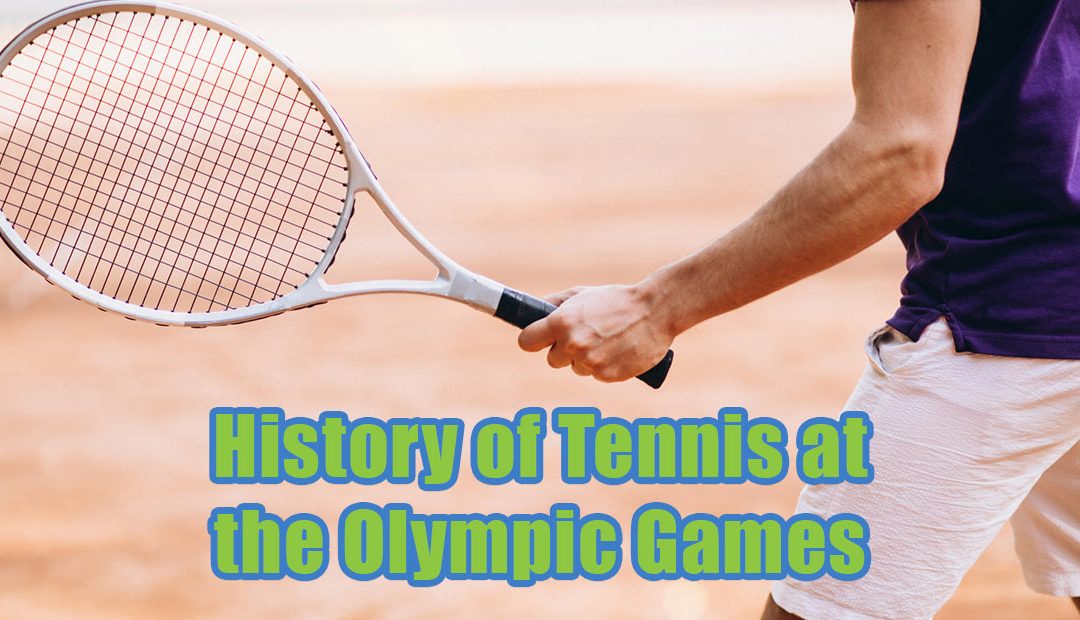 From the Games of the I Olympiad held in Athens in 1896 until the Games of the VIII Olympiad held in Paris in 1924, tennis was a competition that was part of the Olympic program. After that, it was taken off the game’s schedule because the International Olympic Committee (IOC) and the International Lawn Tennis Federation (ILTF) had different ideas about how it should be handled.

Olympic tennis is now available to all participants, regardless of their age or status, and is played at every Summer Olympic Games.

Below we dive deeper into Olympic’s tennis and explain the, at times, complicated relationship between Summer Games’ organizers and tennis player representatives.

How Has Tennis Evolved at the Olympics?

Results from the Summer Olympics from 2004 through 2012 were given ranking points, which the ATP and WTA contributed to respective players’ yearly totals in singles competition for that calendar year.

This practice of updating player rankings based on Olympic performance stopped entirely after the Summer Games of 2016.

However, it didn’t take long for players to come to the realization that winning gold at the Olympics is just as prestigious as winning a major title. Some pundits, fans, and players may even argue that getting a gold medal is more prestigious.

Who Are the Most Notable Gold Medalists in Tennis?

The Williams’ sisters, Serena and Venus, have each won a record-setting four gold medals, three of which were achieved as a doubles combination. They are the first players in Olympic history to win the same event on three separate times.

Venus Williams and Kathleen McKane Godfree are tied for the all-time record for the most Olympic tennis medals, with five apiece. Williams has won four gold medals, while Godfree has won one gold medal, two silver medals, and two bronze medals.

Andy Murray is the only player to have won two gold medals in the singles competition at the Olympics, and he is also the only singles player to have successfully defended his championship.

Nicolás Mass, Venus Williams, and Serena Williams are the only athletes in the history of the Open Era to win the singles competition as well as the same-sex doubles competition at the same Olympic Games. They did this in 2004, 2000, and 2012, respectively.

A player wins a Golden Slam if they have won a gold medal at either the Olympics or the Paralympics as well as all four majors in the same year. As of the year 2021, Steffi Graf is the only player to have won an Olympic gold medal in this manner. Diede de Groot and Dylan Alcott, both of whom competed in wheelchair tennis in 2021, won the gold medal at the Paralympics.

5 FAQs About Tennis Played at the Olympics

Have questions about tennis being played at the Summer Olympics? If so, see if your question is answered below. Otherwise, further down on the page, we’ve provided a number of useful resources for readers to learn more about the history of tennis at the Olympics.

Is tennis played at the Olympics?

Why was tennis removed from the Olympics?

The International Olympic Committee (IOC) and the International Lawn Tennis Federation were involved in a disagreement on the definition of “amateurism” in the year 1924, which was eight Olympic competitions after tennis was added to the games.

They use the term “amateur athlete” to refer to those who participate in sports on a significant level while still maintaining paid employment. The rule’s primary purpose was to protect the Olympic competition from being too commercialized.

Given that the term “amateur” in the charter of the International Lawn Tennis Federation is quite broad, the ILTF discussed whether or not professional players should be permitted to compete in the Olympics.

The IOC voted against their proposal and decided to keep the amateurism rules intact and made the decision to exclude tennis from the games entirely.

It has been said that the whole issue around amateurism was a cover-up by the administrators at Wimbledon because they did not want the Olympics to steal the spotlight away from the All England Lawn Tennis Championships.

How old do you have to be to play tennis at the Summer Olympics?

When it comes to the Olympic Games, there is no age restriction that must be adhered to in order to compete in any sport. Instead, the ages of athletes who compete in the Olympics is determined by each individual International Sports Federation and the guidelines that they establish for their particular sport.

Cori “Coco” Gauff, 17, qualified for the 2020 Olympic Games in Tokyo in the tennis singles competition, which made her the youngest athlete to participate in the event.

How many games are in the Olympics tennis?

How many sets are played in Olympic tennis?

The tennis event at the Summer Olympics consists of a round-robin format with a single elimination. The matches are played to the best of three sets. When a set reaches 6-6, a tiebreak is played and this continues all the way to the final set of the match.

1. List of Gold Medal Winners in Tennis at the Olympics

5. Wikipedia: Tennis at the Summer Olympics