What Are the Different Ways to Grip a Tennis Racket? 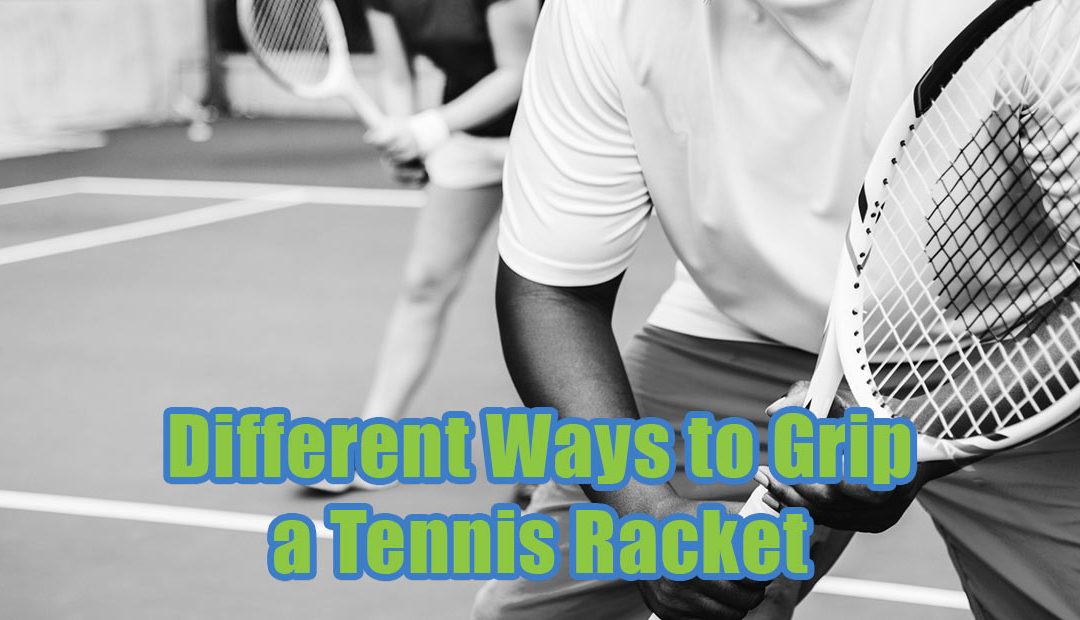 As the development of new equipment and playing surfaces evolved over the decades, so too has the way in which the racket is gripped. Ask any pro and they’ll tell you that grips in today’s age have helped to influence the advancement of our sport.

Players are now quicker and stronger than they have ever been and the grips they use play a crucial part in determining how well they can manage the force created with the momentum and energy their shots produce.

If you are just starting out in tennis, you will improve as a player and be able to compete at higher levels of the sport if you educate yourself on why there has been a change in grips and which grips are the most effective.

In this article, we discuss the various kinds of grips that are used for the essential strokes in tennis. We will provide you with in-depth explanations, including the advantages and disadvantages of each type of grip, as well as share pictures that illustrate each type of grip, so that you can form each grip correctly.

It is important to keep in mind that even if the bevels of a racket’s handle may serve as an excellent guide to help you get a feel for holding it, players often make tiny adjustments in accordance with what comes more naturally to them.

In other words, if you are taught a certain grip, but you discover that making a minor modification by rotating the grip works better for you, then by all means, change the grip so that it better suits your requirements.

The continental is known as the basic, neutral grip and is perfect for anyone picking up a racket for the first time.

Place your palm on the racket such that the v-shape created by your thumb and fingers is at 11 o’clock, one o’clock if you’re left-handed.

You can use this flat grip to serve, volley, or smash. It also gives your arm the movement to strike down on the ball and slice it, providing backspin to a delicate dropshot.

Known as the eastern grip, this handle is comparable to what you would obtain by very loosely “shaking hands” with the racket.

When utilizing this grip, the ball might experience some racket acceleration along its strike zone, which can create spin, but the ball mostly remains flat throughout the stroke.

For right-handed players using a two-hand backhand grip, the left hand carries the load while the right hand serves as support. Think of a two-handed backhand as being similar to playing a forehand with your off hand.

The traditional two-handed backhand would place the right hand in a neutral continental grip and the left hand in an eastern forehand grip, but higher up the racket handle.

In addition, there are several more ways to hold a racket with two hands when making a backhand shot.

A one-handed backhand is great for controlling how much spin you want to add to your stroke.

The clock concept is used to switch your grip from a forehand to a one-handed backhand by beginning with the continental grip and shifting your body counterclockwise, opening up the back face of the racket.

You are employing a semi-western forehand if your hand grip’s V on the racket is located between two and three o’clock.

The wrist comes into action when you turn your hand farther around, positioning the racket considerably deeper and allowing you to produce more spin and strike up the back of the ball.

The best grip for the current game, when you’re attempting to produce both spin and weight of stroke through the ball, is somewhere about here.

The complete western forehand, which is what many of the clay-court Spanish professionals utilize, is played with the hand’s V anyplace beyond three o’clock.

The players who hold a racket like this twist their grip so much that they actually hit the ball with the opposing face of the racket.

This creates a tremendous amount of racket speed and aligns the strings, allowing them to spin the ball steeply from low to high.

How rapidly you can switch between different grips is one of the variables that affect the various sorts of grips used for different shots. This ability is very important when a player returns a serve, since there isn’t much time to think, and mastering it can greatly improve your game.

In order to perform a backhand without additionally having to adjust the position of your non-dominant hand, a player may do this by releasing their forehand grip and rapidly rotating the racket to locate the continental grip.

If you take tennis lessons, ask your coach to work on grip exercises with you.

Why not learn how to play yourself? If you live in the Mountlake Terrace area of Washington, reach out to our team today to learn about Basha Tennis or select from the following services.

No matter whether you’re a seasoned player trying to better your game or if you’ve never picked up a racket before, we have a tennis lesson that’s just right for your skill level.

Our kids lessons are designed for players ages four to eighteen and each session is segmented according to both age and ability level with a ratio of one coach to six students.

Racket restringing is required in order to maintain the highest level of play and we provide a variety of preferred string brands for you to pick from. We can also get that racket regripped!

Discover why Josh Basha and the instructors at Basha Tennis are the best in the business by scheduling an appointment to meet with them now.