What Does ‘Ad’ Mean in Tennis? 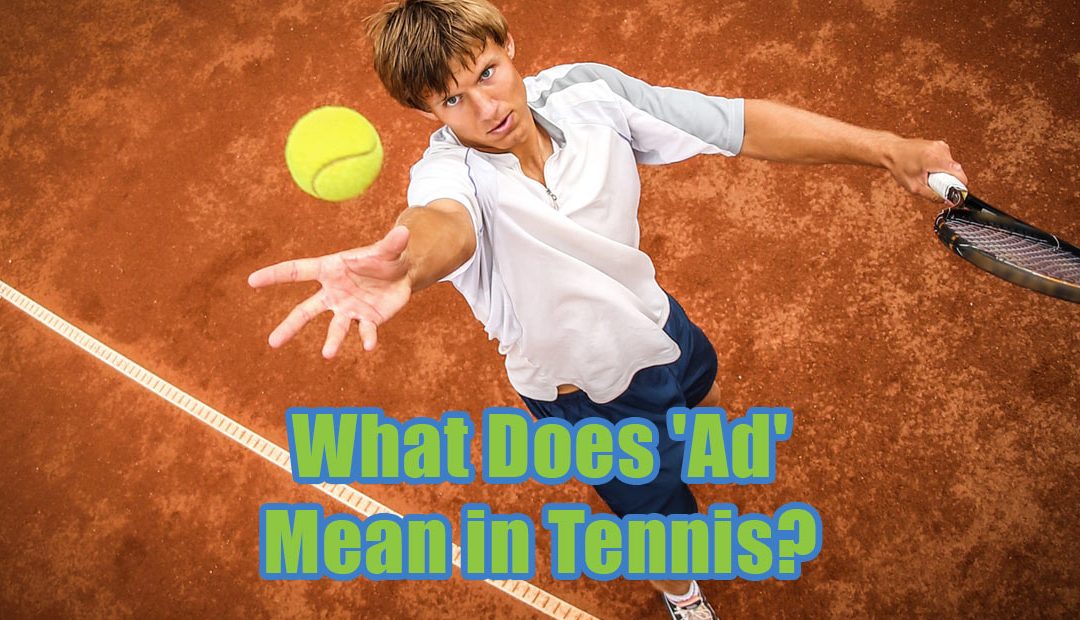 ‘Ad’ in tennis terminology is an abbreviation for the term ‘advantage’. The word “advantage” in tennis refers to a situation in which one player temporarily leads their opponent during a match.

When the score is tied at 40-40 (also known as a deuce), advantage happens when one player scores the subsequent next point. In this instance, the winner of the point is said to be in a favorable position and has a chance to win the game if they take the next one.

The game must continue until one of the players scores two straight points to win it. If the player with the advantage loses the following point, the score resets to deuce.

What is Deuce in Tennis?

When the score is 40-40 in a tennis match, the term “deuce” is used to describe the situation. Any game in a set in which this occurs will have an equal chance of being won by both players.

After the score is tied at deuce, a player must score two points in a row to win the game. The game must continue until one of the players scores two straight points to win it.

If the player who wins the first point after deuce loses the next point, the score resets to deuce.

How Does Scoring Work in Tennis?

The scoring system in tennis is intended to keep track of the progress of a match and determine the winner. A “point,” is the basic unit of scoring in tennis, and it is awarded to a player when they win a rally against their opponent.

Points can be scored by hitting the ball out of bounds or into the net on the opposing team’s side of the court.

Tennis is won by the first player to win four points, unless the score is tied at deuce (40-40), in which case the player must win two consecutive points.

A match is typically won by the player who wins the best of three sets (or two sets in some cases), with a tie-breaker possible if there is a tie.

Feel free to get in touch with any further inquiries you may have regarding tennis lingo, strategy, or instruction. Mountlake Terrace, WA tennis instructors here, and we’re always down to have a good conversation about the sport we love!

Those with further inquiries or insights regarding this topic may use the comment form provided below. Or reach out directly if you’d like for us to cover a specific tennis term, strike, or exercise.